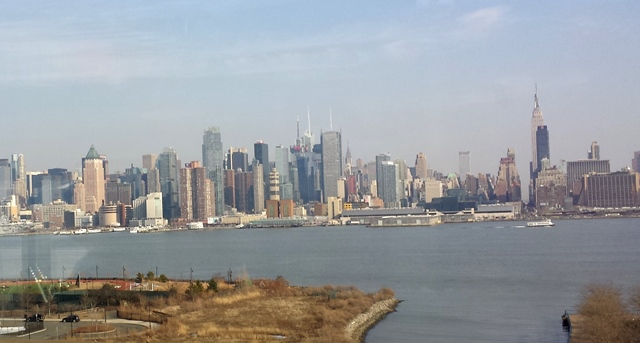 Every conceivable event, product, food, seems to have its own day or month: March alone runs the gamut from ridiculous to serious, from National Ear Muff Day to International Women’s Month. Although it was chilly enough for the former, it was in honor of the latter that I, along with friend and colleague, Attorney Eleanor Breslin of Easton, traveled to New York to attend the United Nation’s Conference on the Status of Women.

Eleanor and I share a desire to have a positive impact on the struggles of women in the developing world, especially in post-conflict countries where war and violence have resulted in many women being subjected to brutality beyond the imagining of most westerners. Eleanor has traveled to Africa to work with victims of mass rape and I have been to Afghanistan as both an advocate and writer. We have found outlets for our passion on this side of the ocean through two NGO’s, The Business Council for Peace, Bpeace, an organization whose focus is creating women entrepreneurs who will then create jobs, and Open A Door Foundation, OAD, who believes in global transformation through women’s higher education.

Four of OAD’s students are currently in the Lehigh Valley, three at Lehigh University and one at Lafayette College. More will be coming in the fall of 2014, including the addition of a student at Muhlenberg College.  It was at the invitation of OAD that Eleanor and I boarded a bus bound for New York and the United Nations’ CSW Conference.

To call our experience “inspiring” would be an understatement. Sharing the energy of women from around the world all gathered in one place for one purpose, advocating for the welfare of their sisters, creates an atmosphere of “anything is possible”. Eleanor and I especially enjoyed two panel discussions where OAD co-founder, Barbara Bylenga, participated; “Empowering Women as Change-Agents through Global Networking” and “From Higher Education to Women’s Leadership”.

After spending time in the company of hundreds of women committed to improving conditions for women within their countries, it’s almost easy to envision a future where every woman enjoys equal protection under the law and equal opportunity in their culture. Yet, certain voices remain with me, certain faces are imprinted on my mind days after returning home, like the woman representing a united federation of women’s organizations from the Ukraine, who stood to say that the young women of her country are demanding democracy. And the woman who spoke of the Syrian university students her organization is rescuing so they can continue their education. Through the euphoria of our common purpose, they are a stark reminder of the realities that still exist.

Why should this matter to those of us whose lives are safe and secure? Because where women are repressed, uneducated, brutalized, half of that country’s potential is lost. No economy can thrive without the input of its women. The result is poverty, war, turmoil, and terrorism.

In honor of International Women’s Month, and for the good of the planet, please consider doing your part to have a positive effect on the future of women around the world. Donate; Volunteer; Mentor. One person CAN make a difference.