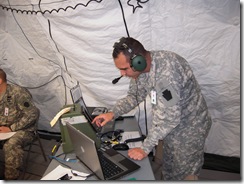 All writers have vivid imaginations, even us non-fiction types have the ability to spin a pretty good yarn, itâ€™s part of the job. But the most intricate Tom Clancy or Stephen King plot might sound implausible if it revolved around a middle-aged American woman in a small, rural Pennsylvania town, who turned into an international jihadist, stealing passports and planning to do murder in Sweden.

No one gets a book advance for this storyâ€¦you can read it for free at mcall.com and in The Morning Call. At almost every paragraph I found myself saying, â€œYouâ€™ve got to be kidding meâ€ or â€œThis canâ€™t be trueâ€. According to the story, Colleen LaRose, â€œused e-mail, YouTube videos, phony travel documents and a burning desire to kill ”or die trying, to help recruit a network for suicide attacks and other terrorist strikes in Europe and Asia, based on a federal grand jury indictment filed Tuesday.â€

Whether this woman was acting out some desperate need for attention, suffering from mental illness, or just devoid of any sense of self-worth not to mention patriotism, we should all be grateful to her for the service she has rendered. If you thought the enemy lived thousands of miles away and would be easy to profile, think again. It is only a matter of time until someone, who we would never suspect, blows themselves up on an American bus or train, or in a shopping mall.

The threat of terrorism is real, it is among us, and we must never let down our guard.

Oh, I almost forgot: I want to wish Colleen LaRose, Happy Women’s History Month. The theme for 2010 is â€œWriting Women Back in to Historyâ€â€¦Ms. LaRose, if you are guilty of these charges, you certainly will have found your place in historyâ€¦as a traitor.