Bloggerâ€™s Note: The primary purpose of the following post was to highlight the email message that Charlie Versaggi distributed yesterday to city council and the city administration, continuing to point out the issues with councilâ€™s approval of the funding for the proposed 7th St low income housing project. The point being that councilâ€™s approval is not the end of the objections to the lack of vision being shown regarding Allentownâ€™s future.

The main point of discussion has been waylaid by the detail of councilâ€™s vote relating to the funding. Jarrett Renshaw of the Morning Call and Councilman Michael Donovan have both weighed in this morning with clarifications of councilâ€™s vote on this project. Jarrett to say that yesterdayâ€™s story was not as clear as it could have been and Michael to post a written explanation in the comments to this post. I thank both of them for their consideration.

The main premise of this post remains: I encourage you to scroll down and read Charlie Versaggiâ€™s well reasoned message to the cityâ€™s leadership.

It was discouraging to open todayâ€™s Morning Call and read that Allentown City Council had done the exact opposite of what I suspect most tax-paying citizens wanted them to do: Council, by a 5-1 vote Wednesday, The final vote was actually 6-0 by which City Council agreed to use $433,333 in federal funds to support a proposed project that will build low to moderate income apartment units at 22. N. Seventh St., site of the former Corporate Plaza.

I am simply at a loss to understand how council could justify this vote. Looking over the larger picture of the cityâ€™s current condition and the ripple effect of such a decision on everything from the potential need for increased security to the increased demand on the school system, it boggles the mind that people elected to look out for the overall good of ALL Allentownâ€™s citizens, would allow this project to go forward. Surely there are better, more productive uses for that money.

In an attempt to try to reason with council, a respected member of the community spoke out. Charlie Versaggi, a former Air Products exec and former member of the Allentown School Board, was quoted in an article on Wednesday, May 5, urging that the focus be placed â€œexclusively on adding middle- to upper-income housing for the next 10 years to achieve a healthy housing stock mixâ€.

Council approved the plan at Wednesday nightâ€™s meeting, and Charlie Versaggi has again spoken out. Addressing city council and the city administration in an email which he has shared with this blog, his message follows reproduced exactly as I received it. Thank you, Charlie, for continuing to be a voice in the wilderness that has become public policy in Allentown.

I just got back into town and read that Council is supporting the Lancaster HDCâ€™s proposal for the 7th Street project.  In spite of my telephone conversation with the Mayor Tuesday evening, Iâ€™m still not on board with this.  My concern is that weâ€™re adding to the number of low-income housing units when we should be doing exactly the opposite. What we should be doing is setting a target of a maximum number of low-income families in the City (letâ€™s use 25-30%) as a starting point and produce a plan that gets us down to that number.  I told the Mayor that the City needs to take a minimum of 200 slum units off the street â€“the City, AEDC or another City agency can acquire them and bulldoze them.

I donâ€™t believe anyone should live in a slum, and I donâ€™t believe this City should tolerate slums (and we arenâ€™t). But it is not healthy or sustainable for a City and School District to support the  70+% level of poverty in its school system. And itâ€™s not like we only have a 2% unemployment rate either â€“ itâ€™s closer to 10% – so that even if we provide additional housing, thereâ€™s still no work for these folks.

Please let me re-iterate, Iâ€™m not anti-poorâ€¦ but we cannot have a healthy City at the current levels of poverty. We are doing the poor in this City a disservice by putting the City into a poverty hole that neither the City or its citizens can dig-out of.

Iâ€™ve attached my February e-mail to your for reference and below are comments I posted to the Morning Call story on Councilâ€™s decision.

To add insult to injury, assuming this project will be owned by a non-profit, not only will your and my federal and state tax dollars help to fund this, but it will be off the City’s and School District’s tax rolls too!!!
As I told the Mayor Tuesday night, for starters, I want to see 200 deeds of scum landlords acquired by the city and those properties bulldozed – without that scale (larger actually) of slum housing razed, these "affordable" projects only net-increase the poverty level in the City. If you can’t afford to live here, go somewhere else!
Charlie Versaggi.

In addition to taking a minimum of 200 slum units off the cityâ€™s roster, I suggest we require the Lancaster HDC to make this property a true â€œmixed incomeâ€ property and contractually agree to the following housing mix for the first 10 years of operation: 34% Low Income, 33% Middle and 33% Higher Income. That would be good for the City. If those conditions prevent the Lancaster HDC from qualifying for the use of my tax money to build the project â€“ tough. 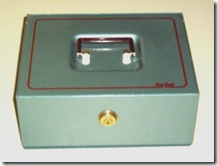 A few days ago I wrote about my search for a new car and the negative experience I had with one local dealer, who Iâ€™m not naming, publicly. (All of you who have emailed directly to ask who it is, know that Iâ€™ll be glad to name them, privately.)

The lease is up on my current car next weekend so there is no time to waste. Last night, I wrote across todayâ€™s date on my desk calendar â€œFind a Carâ€, so this morning, off I went.

I love clothes but Iâ€™m very disciplined when I shop for them; Iâ€™m not much on 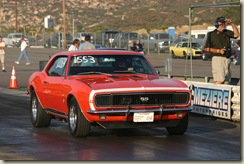 expensive jewelryâ€¦on the rare occasions that I have a little extra money, Iâ€™d rather spend it on travel. But when it comes to carsâ€¦Iâ€™m such a Baby Boomer. Pre-children, I drove Camaroâ€™sâ€¦an SS 350, then a Z28. The need for speed must come from all the time I spent watching smoke rise off the line at Vargoâ€™s Dragway.

But I digress: After hours of tire kicking today, I settled on the the make and model of car I wanted, which in my middle-age has become what the industry describes as a â€œsport sedanâ€, designed so my middle-aged friends can get in and out of the back seat. The local dealer had two of them. Now comes the negotiation. One fit my budget perfectly. The other had more bells, whistles, and gadgets and was above my budget. Just as I was about to be sensible and take the first one, the salesperson says to me, â€œThis one (the more expensive one) has the complete technology package.

He went on, â€œAllentown just passed a cell phone ban and the system in this car will sync with your phone for totally hands-free operationâ€¦just touch a button on the steering wheel to answer the phone. You know the fines for violating the new cell phone ban start at $150. With all the time you spend in your car on the phone you could save a lot of money.â€

He had me at hello. It was all the excuse I needed. I pick the car up next week.